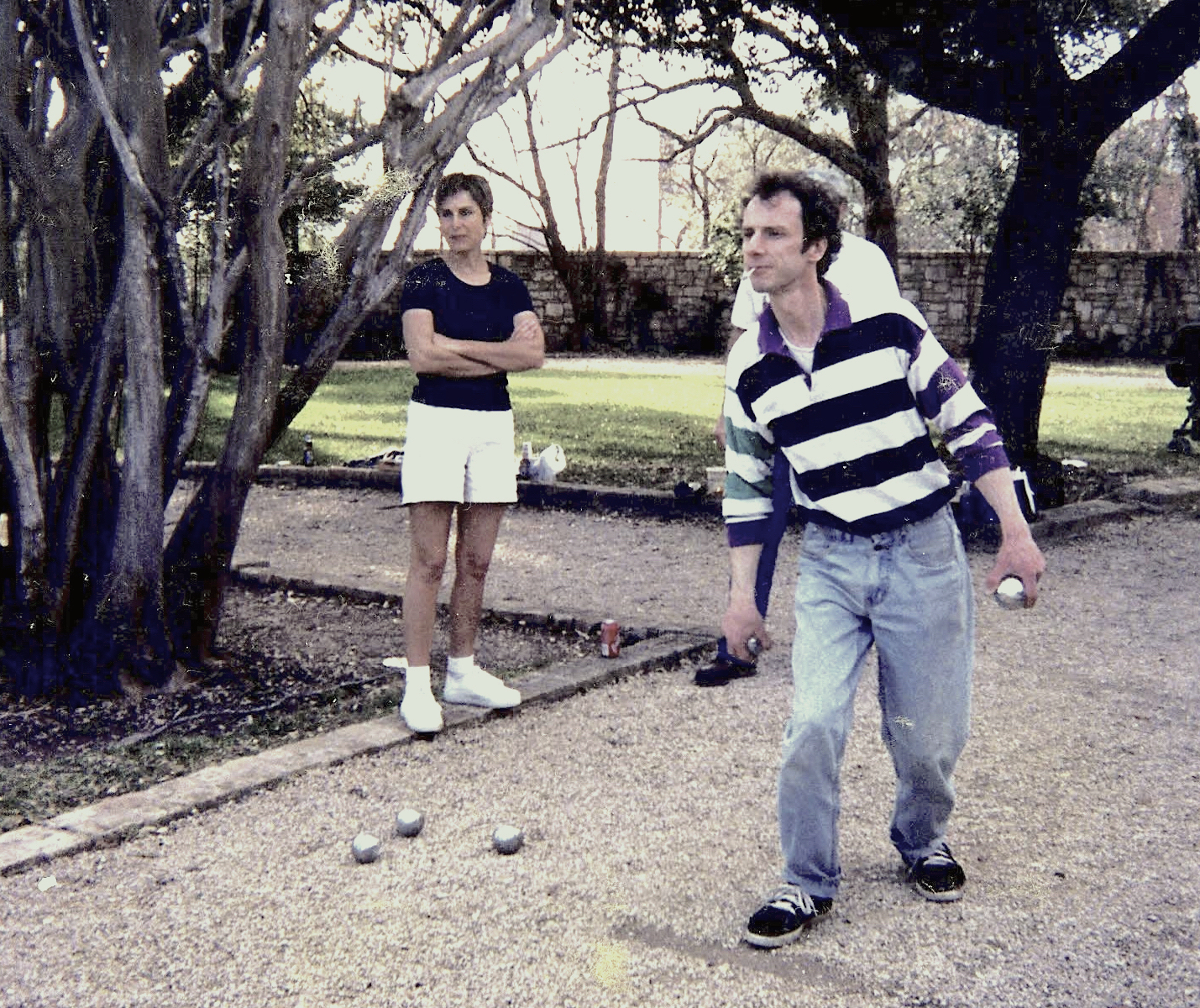 Pétanque at the French Legation

How in the world did the playing of that quirky French game of pétanque get started on the grounds of the French Legation?   Well, you can thank Alliance Francaise d’ Austin and Jerome Potts.  Jerome moved to Austin from Pau, France in 1991.  He worked in Austin as a contract programmer and became a member of the Alliance Francaise d’ Austin in 1997.

The Alliance Francaise started holding Bastille Day celebrations at the French Legation in the late 1980’s, and part of that celebration was the playing of pétanque.  Pétanque was also played on Saturday mornings at Pease Park near the volley ball courts at the South end of the park.  This event was organized by Didier Jumeau.  Didier turned pétanque over to Jerome in 1997.  Jerome preferred to have a leisurely Saturday morning so he changed the games to Saturday afternoon.

Because the volleyball courts were in use at this time, other areas of the park were used with no success.  It seemed pétanque needed to find a new home.  Pétanque shifted to one Sunday a month in December of 1997.   Jerome moved the games to Garrison Park in South Austin.  It was a pleasant place to play, but too far south for most of the players.  Since the Alliance was hosting Bastille Day at the French Legation, Jerome thought this might be a fit.  He approached the Director of the French Legation with the idea of the Legation allowing Alliance Francis d’ Austin to play pétanque at the Legation on a regular basis.  The director approved the idea and presented it to the Daughters of the Republic of Texas who concurred. 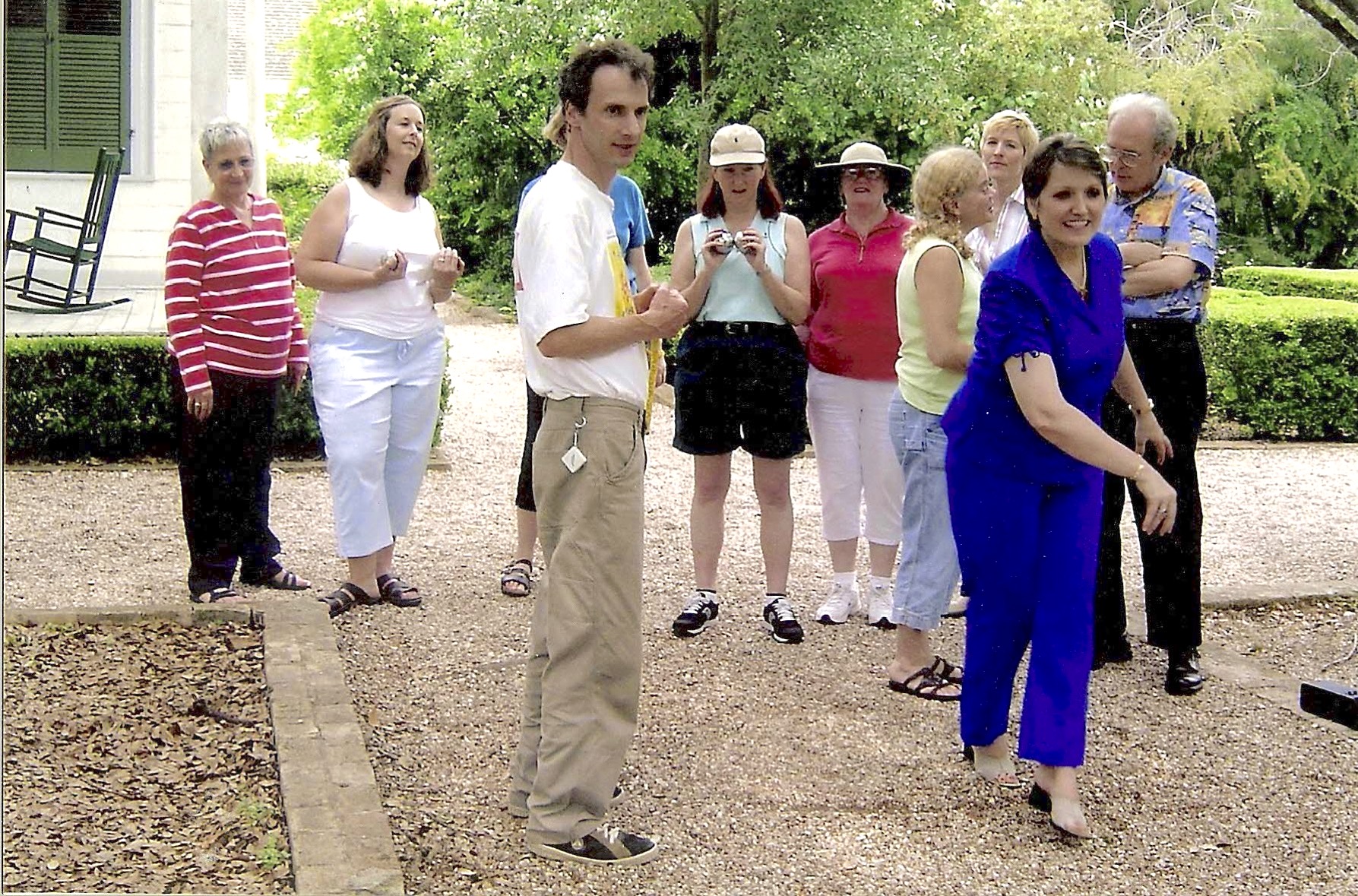 In the Fall of 1999, the Alliance Francaise d’ Austin started playing pétanque one Sunday a month at the French Legation.  The attendance was small with six to ten people, but it began to grow.  A big change happened in 2001 when Julia Bower started bringing bread, a cheese snack and a bottle of wine.  Others started bringing food, and the dishes became more impressive.  Bert Piboin joined in with impressive dishes and continues this tradition to this day.

In March of 2001, Elisabeth McKay, then president of the Alliance, convinced Jerome to expand pétanque to two Sundays a month, and the Alliance started playing on the second and fourth Sundays of the month.  This arrangement continues today.  Jerome continued to gather up the Alliance pétanque gear twice a month and haul it to the French Legation until he finally passed the reins to Ed Priest in August of 2012.

Pétanque has really grown in popularity at the French Legation.  Today, two pétanque clubs play there three days a week:  Sunday, Wednesday, and Thursday, and the Alliance Francaise d’ Austin is still active on the second and fourth Sundays of the month.  We all owe our thanks to Jerome for finding the perfect home in Austin for this fun French game!  Merci Beaucoup, Jerome!

Next: Origins of the Legation Boules Club