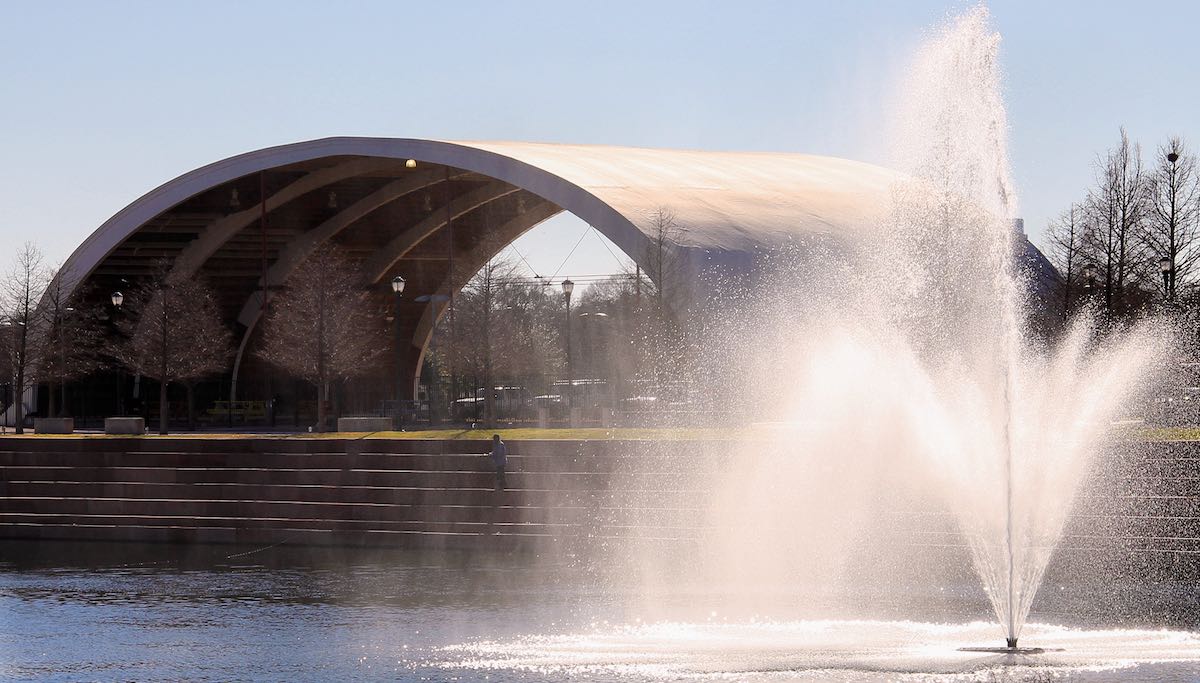 While the French Legation is under renovation, one of our favorite places to play petanque is in the Browning Hangar at the Mueller Development. The hangar offers a wide open space with plenty of shade on hot summer days and a roof over our heads when it rains. In the hangar we are able to play all year long, rain or shine!

The hangar is surrounded by all sorts of cool stuff. There are food trucks in the parking lot, a pond, and several restaurants nearby. There are handy Port A Potts too.

Various Food and Drink Options Near the Hangar

Here are some of the food and drink options available within walking distance from the Browning hangar. Contact us if you would like us to add any more of your favorites. 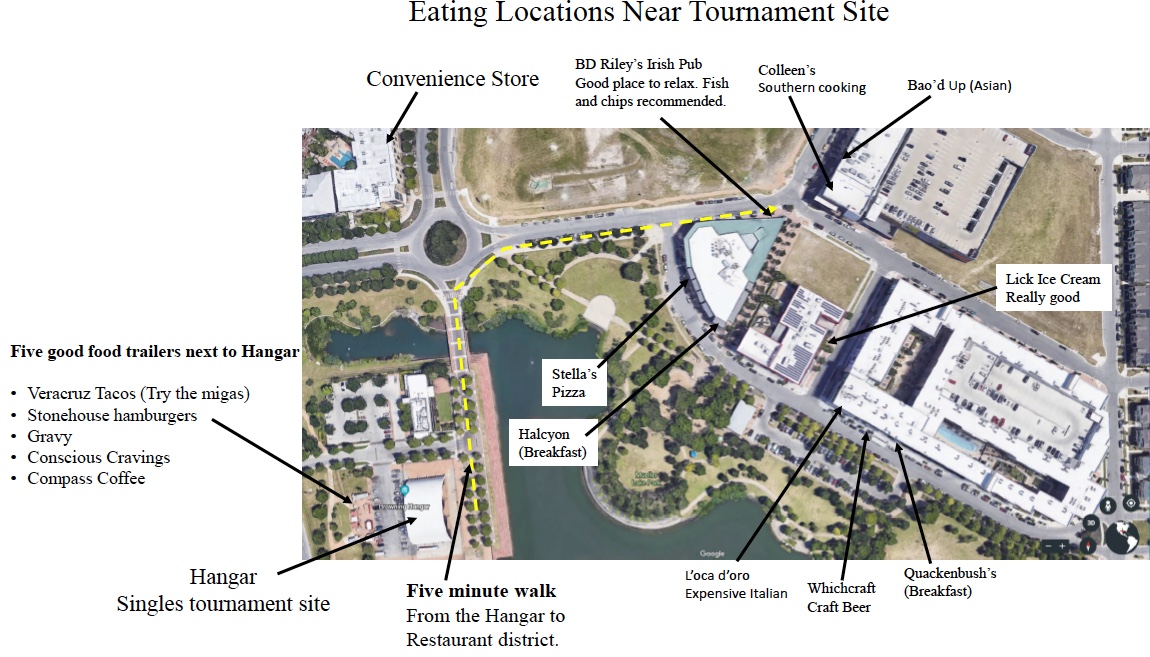 History of the Browning Hanger

The old Mueller airport opened for commercial service in 1936 and continued as Austin’s commercial airport until its closure in 1999.  The hangar is named after the Robert Browning family who opened the Browning Aerial Service in 1939 to provide airplane sales, service, along with training for pilots during World War II.  Robert was a daredevil, barn-storming pilot, and instructor.  Emma Browning, in addition to being a qualified pilot, managed the business.  The two played central roles in the development of early aviation associations, including what is now known as the National Air Transportation Association (NATA). The Smithsonian Air and Space Museum has recognized Emma as the “Grande Dame” of Aviation for her effort to promote and protect the course of aviation.

The hangar was constructed in 1943, but because of the steel shortage during the war, the hangar was built with a series of glue-laminated wooden trusses, as seen in this photo of the original construction.

The Browning Hangar in 1943

However, termites damaged the base arches and the roof began to sag, prompting the addition of steel-tie rods during a 1983 renovation.  But the structure continued to decline and was vacated when the airport was closed in 1999, as seen in this photo:

The Browning Hangar in 1999

In 2005, the city undertook a two-year engineering study to preserve the historic building and make it serviceable again. The sides and the doors were removed, along with any materials containing lead, asbestos, or termite damage.  Board by board, new curved wood was laid and stabilized to maintain the original structure’s design. 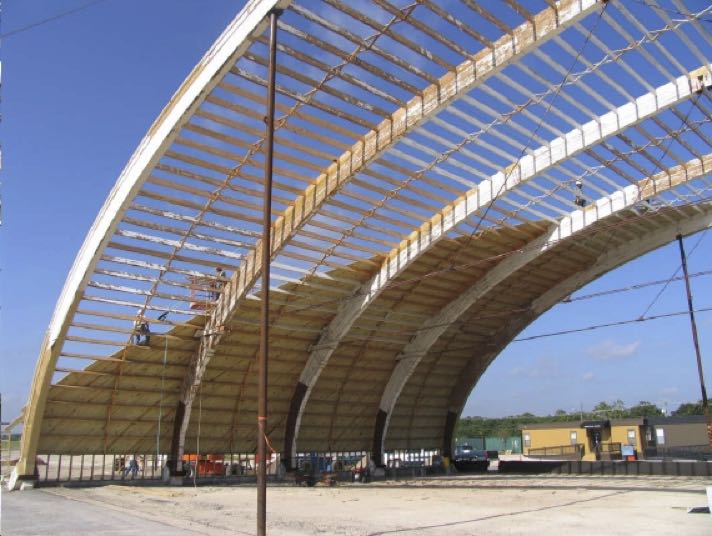 The Browning Hangar reconstruction  in 2007

If you stand under the hangar, you can see the original wood (painted white) and the new additions (left natural).  Finally, a protective roof cover was installed, and a decomposed granite floor was added. Today, this bow truss wooden hangar now stands as a centerpiece of the beautiful Mueller development and now hosts a variety of public events from farmer’s markets to concerts to a fantastic venue for Petanque games. 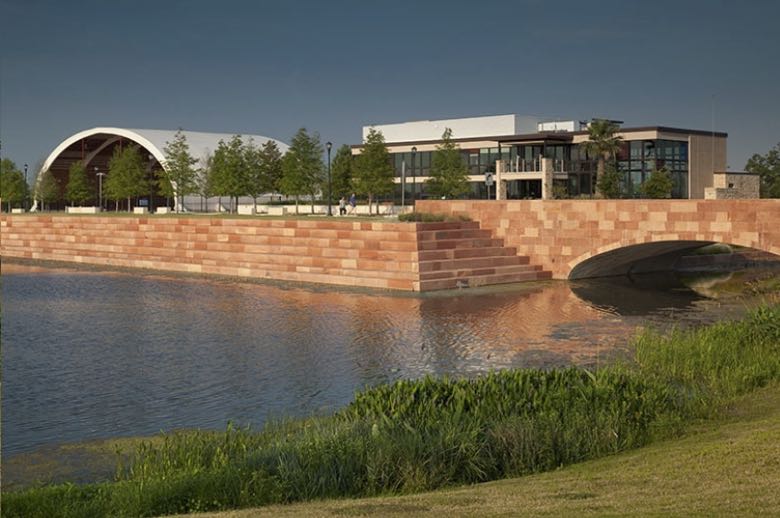